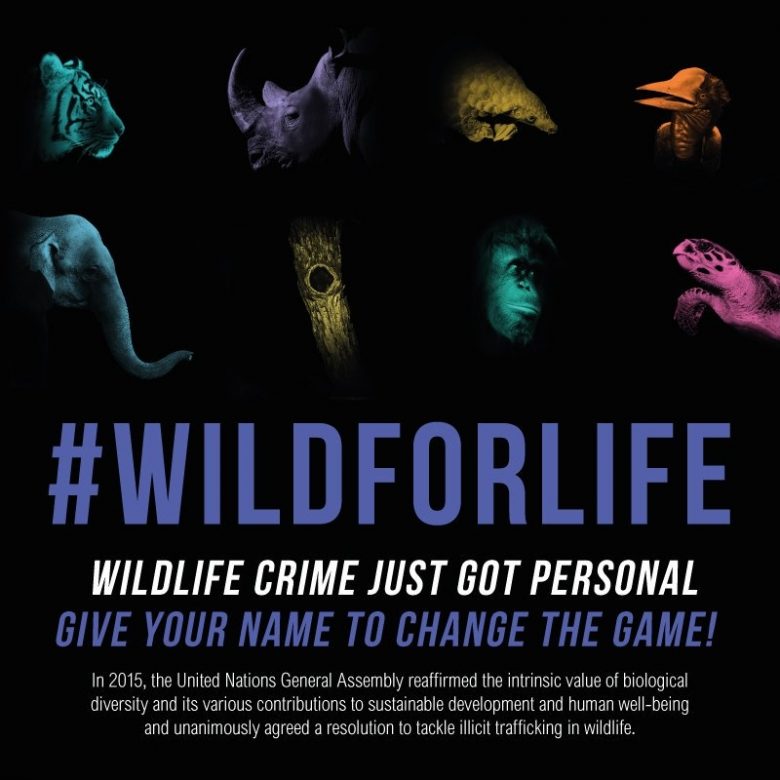 United Nation’s Environment Programme (UNEP) and Interpol has revealed through a report on Environmental Crime that inability to prevent and halt wildlife/environmental crime will make it impossible to achieve the Sustainable Development Goals (SDGs).

During this year’s World Environmental Day, all strength and vigor was headed towards Angola – Africa’s biggest ivory and bush meat market, as stated by a recent report by Karren Alan from Angola.

In phase of such celebration, Angola’s is putting up efforts to end illegal bush meat and wildlife trade to show their commitment towards the global goals. In Angola, it is literally a war between poachers and conservationist. A report by UNEP, shows that 100,000 African elephants were killed (by poachers) between 2010 and 2012 – this also tells how crucial it is for environmental and conservation investors to consider Africa as a top place to develop eco-tourism and other related initiatives that will enhance the closure and end of the poaching revolution.

According to Karren Allan, a reporter from Luanda, a project termed ‘Okavango Wilderness Project’ and Angola’s National Geographical Society expeditionary team have been studying the illegal trade of wildlife. The Okavango Wilderness Project is already proposing a reserve of about 175,000 kilometer square – a monitored but yet protected/reserved field where wildlife will have a better habitat to live and grow without being threatened by poachers. More so, such developments is accompanied with high infrastructural and administrative costs. The project also stated that there are existing wild regions with lots of wildlife which can be protected before it gets very late.

The leader of the National Geographical Society had mentioned that fighting the illegal wildlife trade is ideally a cause of conservation and sustainability. Additionally, he revealed the cost of some bush meat in the country. According to him, a monkey costs 6 USD while it costs 60 USD to purchase a cut of snake.

In recent times, through support from international agencies and the Government of Angola, commenced an initiative to recruit soldiers and military personnel as wildlife guards in an effort to end the wildlife trade while promoting conservation. Culprits found trading/smuggling ivory are to face a 3 years jail sentence which has been backed by law, however, the initiative is not yielding its full potential – citizens says.

According some citizens and history, bush meat became a favorite during the times of war in Angola. People will resort in bushes and feed on bush meat; after the war, they see no reason to restrain from consuming bush meat. The concept of conservation is not well understood by citizens and the income generated from trading bush meat is so lucrative such that it wouldn’t be easy to just end the era. Per UN and Interpol report, illegal wildlife trade is cumulatively functioning on a larger industrial scale and is possibly dominating arms smuggling.

Coca-Cola, Nestlé and PepsiCo named top plastic polluters for the second year in a row

Event Ghana and Beyond News

Event Ghana and Beyond News

Quote of The Month

“One of the first conditions of happiness is that the link between man and nature shall not be broken.”
—Leo Tolstoy